What is the future role of green hydrogen for heating homes?

In the discussion about the future role of green hydrogen, reports regularly appear that it is unwise to use green hydrogen for heating homes, such as this article recently in Trouw: ‘ Hydrogen central heating boiler is a very bad idea for the climate. ‘. Houses would be better heated with electric heat pumps that operates on green energy, so that scarce green hydrogen remains available for applications that really need it. This is a misconception for a number of reasons.

A major problem is that in the four months of the year that the heating is running, there is absolutely insufficient green energy available to heat all existing homes via electric heat pumps. This is a problem that cannot be solved easily in the future. The cause is the fundamental imbalance between supply and demand: the supply of sun in the winter months is a factor of 10 lower than in the summer, so that green electricity will always remain scarce in the winter, while the energy demand for heat is actually factors higher in the winter. That is why seasonal storage of energy is necessary. Seasonal storage of green power is not possible in the Netherlands. Seasonal storage is possible, for example, with heat or green hydrogen. 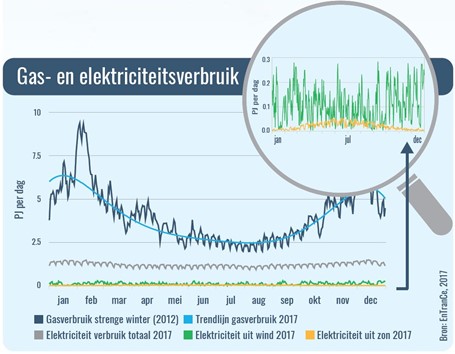 Figure 1. In the winter months, an average of about 4 PJ per day of energy is needed to heat the built environment (the difference between average gas consumption in winter and in summer), which can double to about 8 PJ in cold periods. . To supply this heat entirely with electric heat pumps (COP = 3), the entire electricity generation chain would have to at least double or triple. That chain should therefore still be green in the winter. Without green hydrogen, this is only possible in NL with wind energy, which would then lead to severe overcapacity in the summer, while electricity from wind currently contributes less than 10%. This would make the power unaffordable (and take up a lot of space).

It is therefore not the intention to first convert scarce green electricity into green hydrogen in winter, and then burn this hydrogen at the same time via the gas network in hydrogen boilers. That’s a pointless route. The scarce green electricity generated in winter can indeed be converted into heat more efficiently via electric heat pumps, for example in new construction situations where electric heat pumps work efficiently. Due to this scarcity, green electricity will also be expensive in the winter in the Netherlands, so that (large-scale) green hydrogen production in the winter is also not economically logical.

Due to the explosive growth of solar power, more and more sustainable energy will become available in the summer. In the summer, overcapacity will make sustainable energy cheaper, which will ultimately inhibit the growth of wind and solar. The question is whether the cost difference between summer and winter will make the costs of converting and storing hydrogen locally feasible. This local production will, after all, have to compete with green hydrogen production in southern countries. There is (a lot) more sun and space there. Chile, for example, wants to fully commit to the production of green hydrogen. This international production will compete with local sustainable production, in particular because the costs of using space in the Netherlands are increasing.

Existing homes
Heating existing homes is an enormous challenge. Really good insulation is too expensive or impossible for structural or aesthetic reasons, the heat is usually released with radiators at higher temperatures, and the capacity of the existing electricity network is limited. The heat demand in winter is enormous, while the supply of sustainable energy is limited. Complete electrification is therefore impossible, so complementary alternatives such as heat networks and green gas are necessary. In the future, therefore, there will be a growing demand for green gas and green hydrogen. Market forces will determine when and how much hydrogen will go to the built environment, in competition with demand from industry and the transport sector.

After seasonal storage, conversion of hydrogen into heat can take place via both the electricity chain and the hydrogen chain. Innovations continuously improve the chain efficiency of both chains.

The conversion of hydrogen into heat will become more efficient than 100% in the future, by using the gas heat pump (1) and fuel cell technologies (2), which will enable a seasonal efficiency of at least 150% to be achieved in existing homes. Even higher returns will become available through a combination of technologies (3).

As a result, the chain efficiencies of the electricity and hydrogen chain no longer differ so much, and certainly not to the extent that is often claimed.

(1) See for example the websites of: Robur, Cooll, Boostheat. ATAG/Ariston will also soon be launching a gas heat pump.

(2) See for example the websites of: BDR Thermea, Viessmann.

The efficiency of the large-scale production of hydrogen is also increasing, and will soon exceed 70% as a result of all the innovation efforts. The cost price of hydrogen production will also decrease further due to innovations such as this: A potential game-changing green hydrogen technology. And last but not least: a great deal of fundamental research is being conducted internationally into direct hydrogen production via photosynthesis and photolysis, which may lead to a breakthrough in due course.

It is a misconception that efficiency is a dominant factor for success in the market. Efficiency is only one factor in the cost price of the chain. Modern combustion engines in your car only have an efficiency of 28%. Yet the internal combustion engine has conquered the world. Oil was virtually free, cheap to transport and store, so the chain offered you cheap energy despite an inefficient conversion to labor through the combustion engine. Cheap energy has always been decisive for economic growth and power. The Netherlands was a global player in the golden age because we were the best at converting free wind into labor with our sailing ships and windmills. The English Empire has grown thanks to the Industrial Revolution, which is based on cheap energy from coal. After all, the US has become a world power thanks to its access to cheap energy from oil and currently gas. Nuclear energy has not become dominant because the cost price was not competitive with oil and gas. Wind, solar and hydrogen are now cheaper, so nuclear energy no longer has a future. The total cost of generation, transport, storage and conversion into work or heat is also decisive for the success of sustainable energy.

Conclusion: The above reasons make it clear that green hydrogen (in combination with innovative high-efficiency conversion techniques) can play an important role in the landscape of complementary techniques that are necessary for making the heating of our homes more sustainable.

Cooll in webcast Startup in Residence 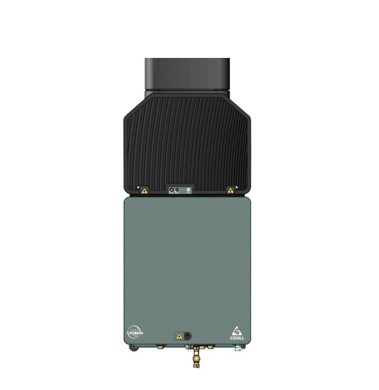 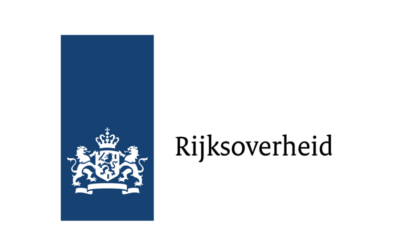 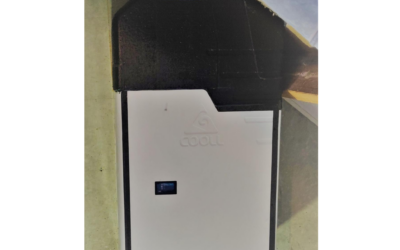 Press release: SuperHybrid, the heating solution of the future, tested in a house in Kampen